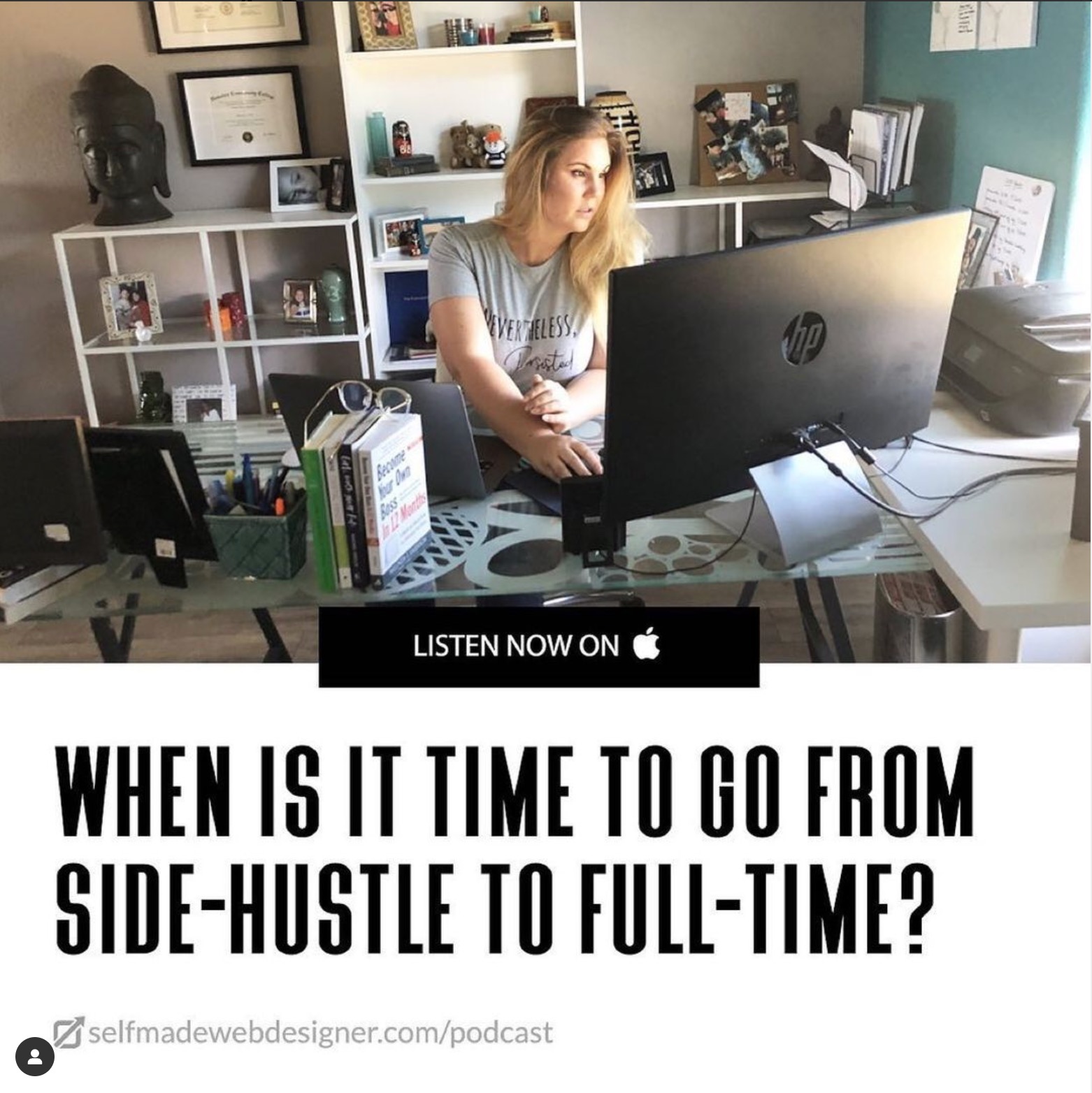 Podcast: When is it Time to Go from Side-Hustle to Full-Time? w/ Jessica Hagmaier

Jessica was working at a corporate job, and she was doing fine. But, all of the sudden, the company she was working for shut down. And, rather than jumping right back to the old way of doing things, she decided to take what she had been doing on the side and make it her full-time gig.

Fast-forward a year later and she was already hiring her first employee.

It wasn’t an easy path BUT ultimately it was one she knew she had to take.

For Jessica, it wasn’t about the money, it was about being “the master of her fate.” And, that’s what it comes down to for a lot of people deciding whether they should go from side-hustle to full-time gig.

If you can no longer handle having your future decided by a boss and the pain of having to deal with that is worse than the pain of losing the security that comes from drawing a stable salary, it might be time to go from side-hustle to full-time business.

Of course, it’s probably not wise to jump feet first without taking a good look at what is required to be successful. And, Jessica learned a lot of that along the way.